After a relaxing few days in Cairns where we ...... 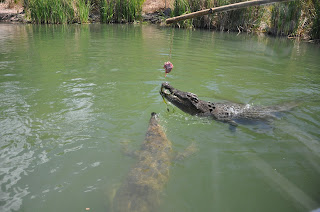 checked out the wildlife at Hartleys Crocodile Farm and ...... 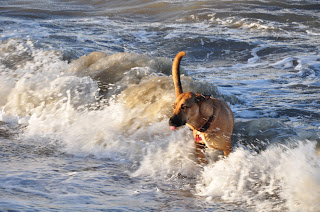 played games on the beach with Sandy....
it was then time to pack up the caravans and leave balmy Cairns at about 30 degrees and drive up to the Atherton Tablelands where it was a very chilly 15 degrees.
We stopped for lunch at Mt Hypipamee where we saw a very large hole in the ground.  No, it was not from a volcano but a gas explosion.  We also saw Dinner Falls which was actually three waterfalls. 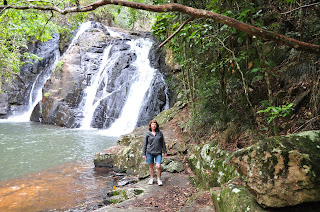 We stayed overnight at the highest town in Queensland - Ravenshoe.......... 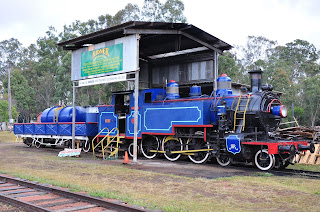 where we encountered the beautifully restored 'Capella".
After leaving Ravenshoe we called into Little Millstream Falls 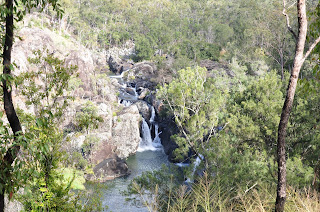 and a little further on Millstream Falls 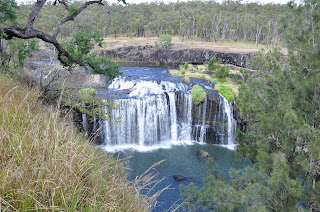 The widest single drop falls in Australia - apparently.
It was then onto Undarra. 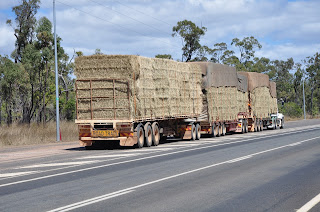 A load of hay going west. 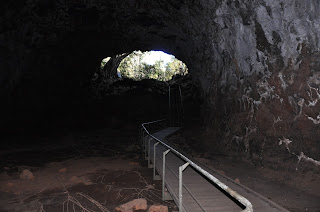 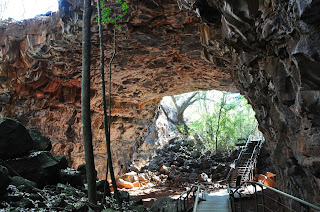